Twitter in South Africa has become a platform where its users get to vent, voice their opinions, moan about everyday life and share their achievements. Compared to its competitors such as Facebook, LinkedIn & Instagram Twitter has the smallest audience with over 1.67 million monthly users, which makes advertising to this audience a bit more challenging.

We take a look at the different ad campaigns that we can run on Twitter and how they can help you reach your advertising goals, with examples of each campaign.

Awareness campaigns are used for growing brand awareness and the aim is to get as many people to see the ads as possible. Twitter charges on a CPM basis (Cost per 1000 impressions) for this campaign, so you get charged for every 1,000 times your ad appeared or was shown on Twitter. 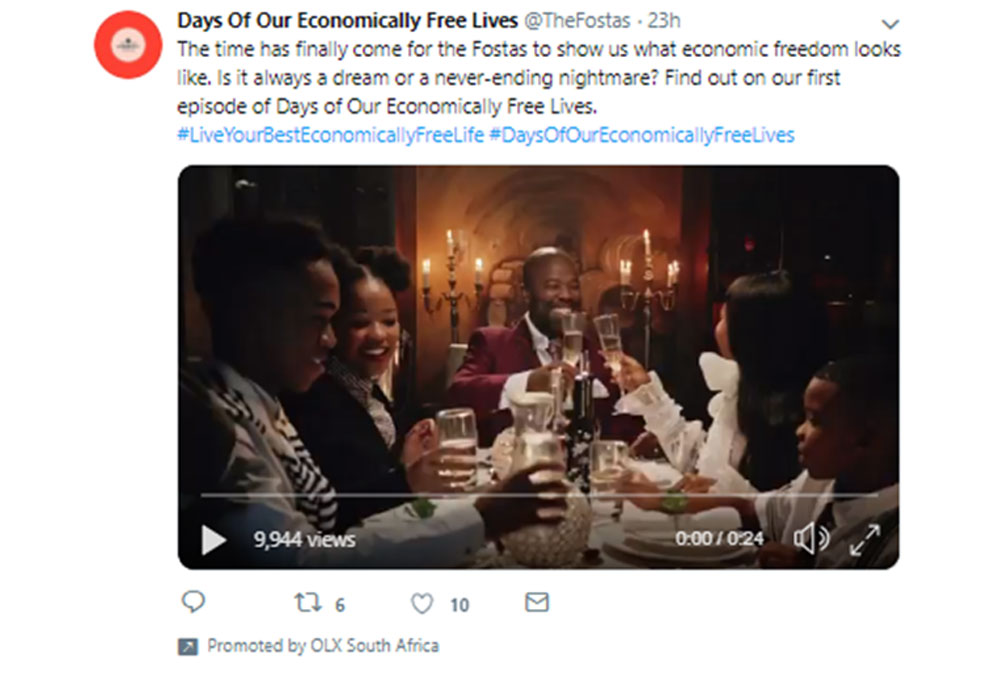 Tweet engagement campaigns are used to get users to engage and drive conversation on a certain tweet that you’ve promoted to a targeted audience that’s relevant to your business or relevant to that specific tweet. You can promote an organic post that’s already on your timeline or you can create a tweet to be promoted. For this type of campaign, Twitter charges per engagement, an engagement can be anything from a retweet, a like, a comment or a click on your business name that takes them to your twitter page. 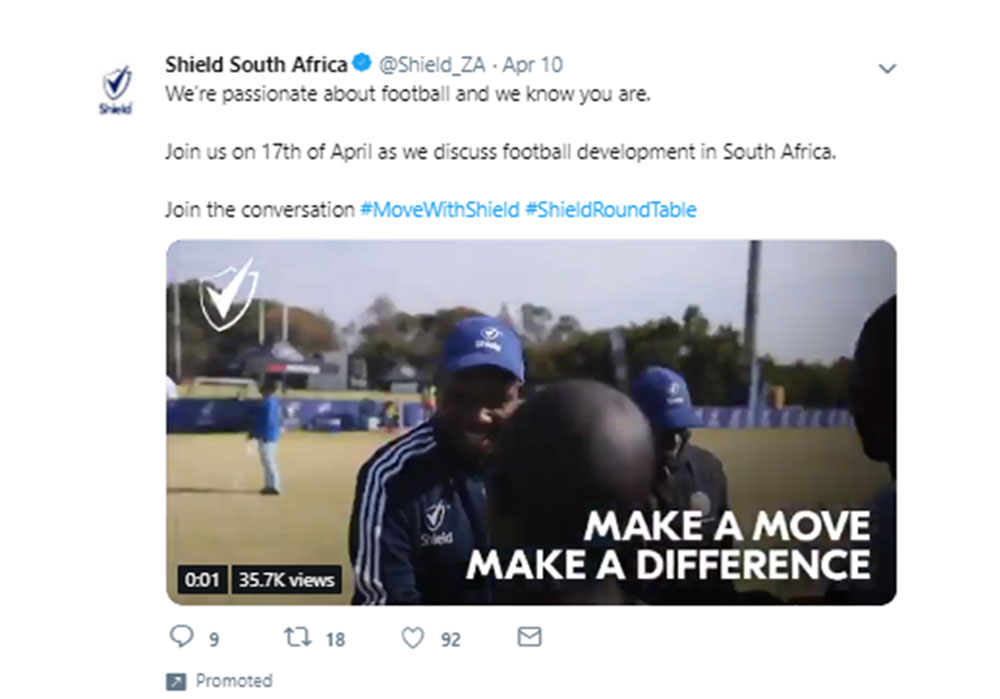 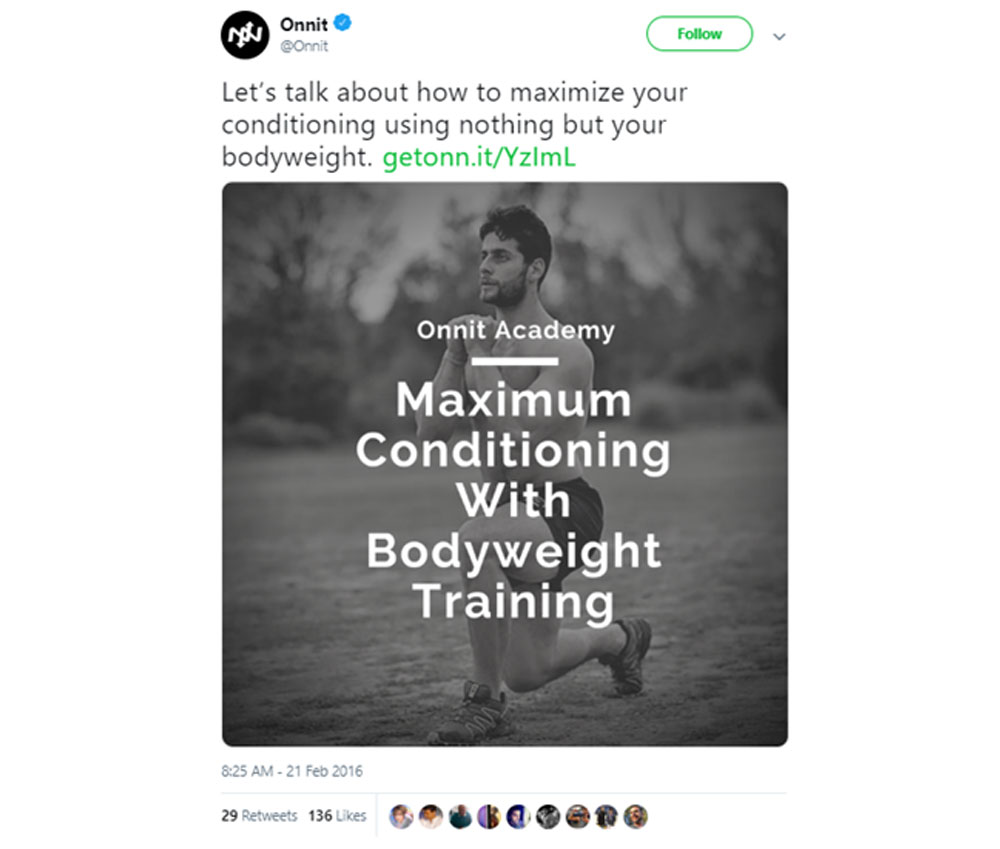 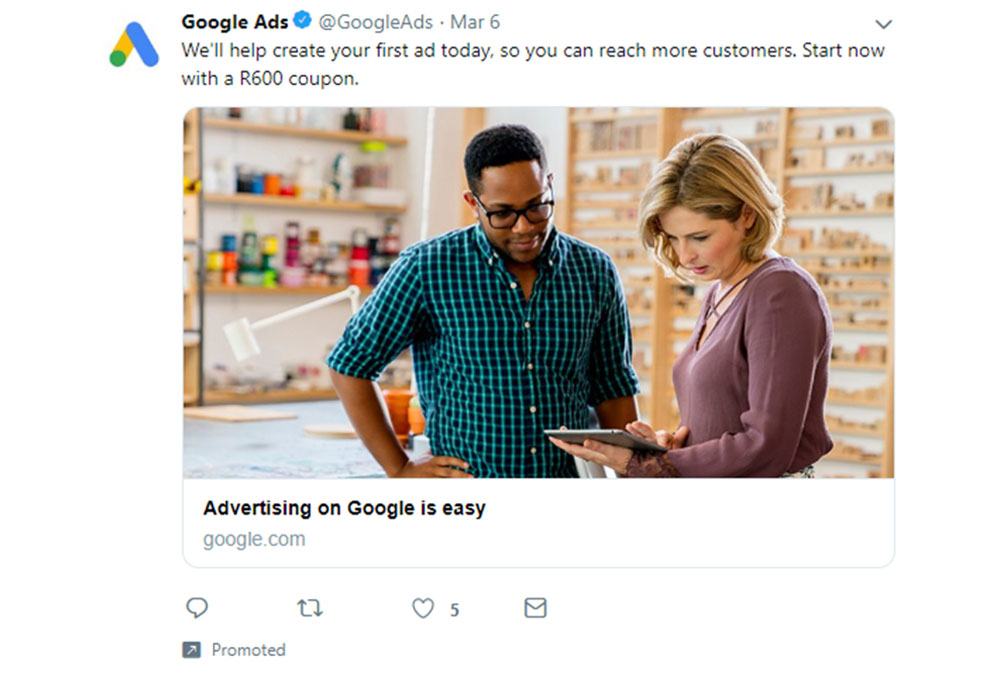 App installs campaigns drive users to install or open an app if they already have it. This ad will appear on a user’s timeline and contain an install button which will either open their app store or open the app. Twitter only charges for clicks that lead to the App Store, Google Play or to open the app. 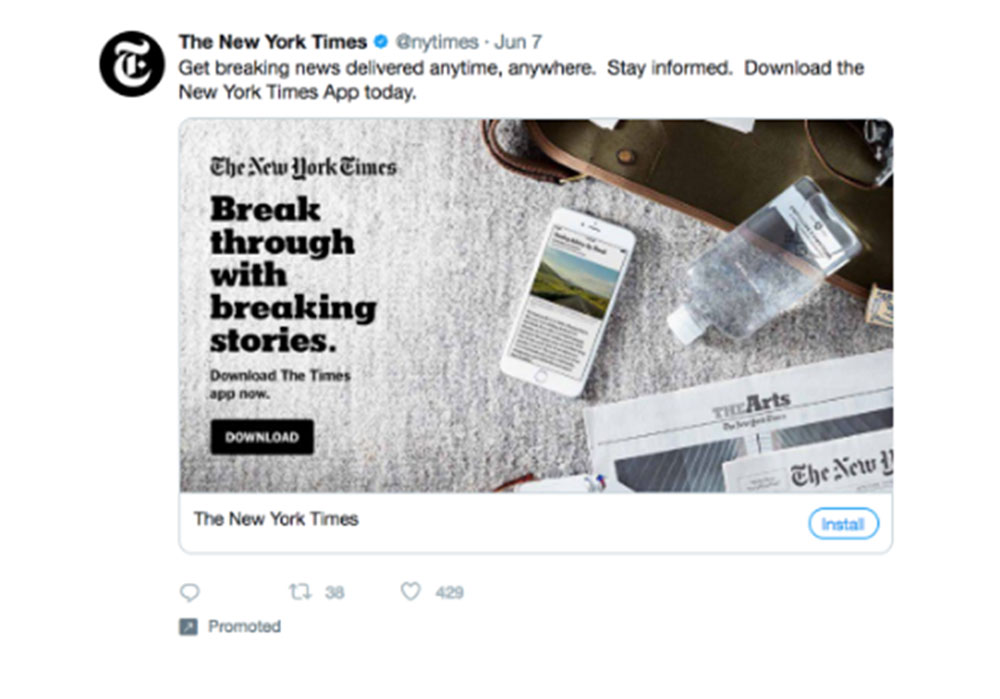 Twitter is definitely a platform you can explore for advertising that can help grow your business, using the different campaign options to reach an audience that’s relevant to your business and your business goals.

Why you need a social media strategy